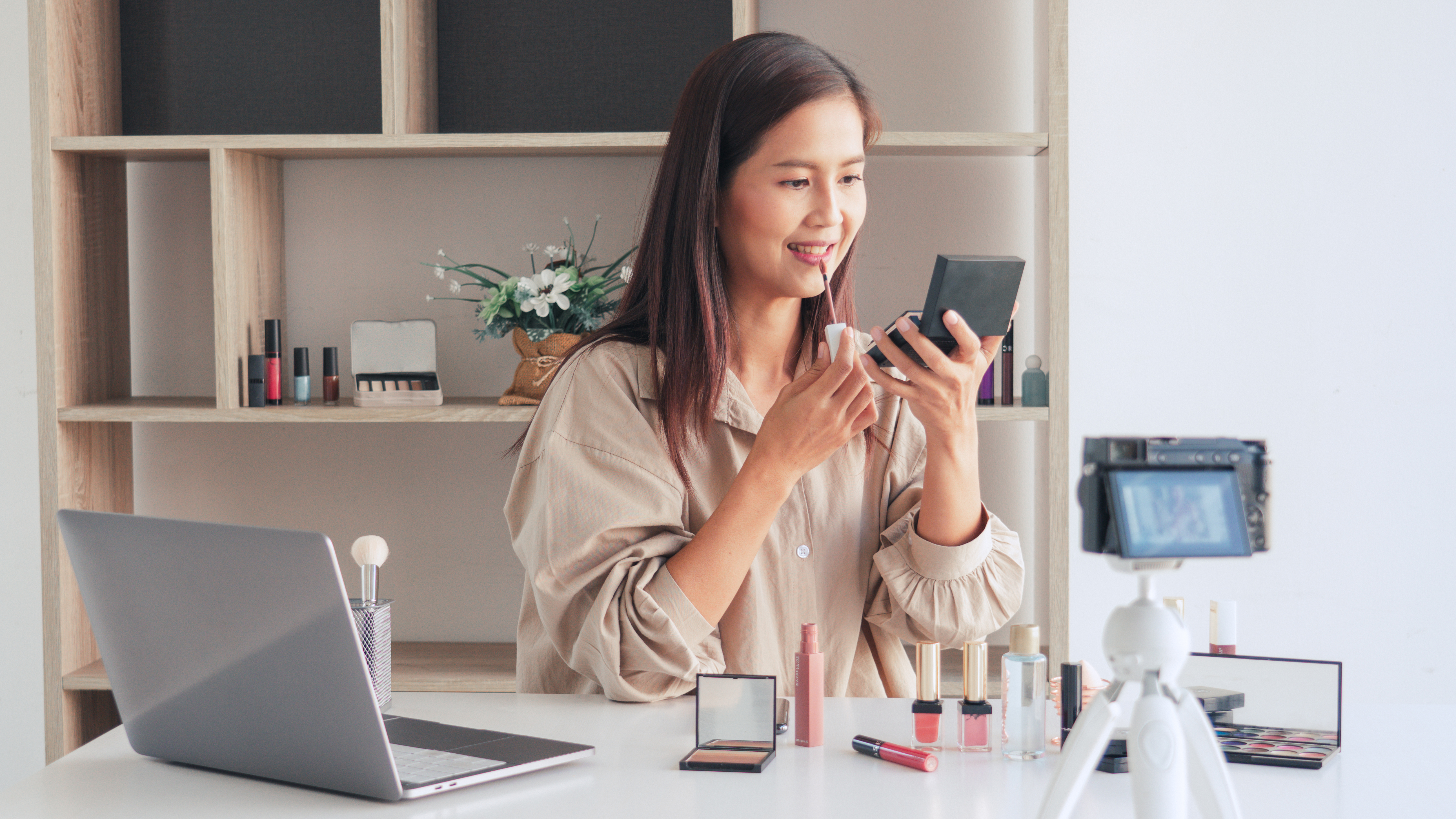 The best experiences are those where we don’t have to wait for stuff: receiving a one-hour delivery from Instacart, skipping the lines at Disney World with a FastPass, getting a response from our digital assistants like Alexa in less than a second.

Big, successful companies have figured out that “fast = more money,” and so they cater to consumers’ insatiable demand for instant gratification. By doing so, they build a strategic advantage and a stronger business.

Luckily, there are areas of business where we don’t need to invest millions to deliver more speed. In fact, we can leverage free, open-source projects like Accelerated Mobile Pages (AMP) from Google to make mobile web pages faster — and, as I’ll explain in this post, that can easily turn into a significant improvement in the bottom line.

And even though AdWords doesn’t seem to officially support AMP yet, advertisers can still use the technology to serve faster landing pages. That can lead to big gains in conversion rates and quality, and in turn help advertisers in a crowded field gain that all-important edge over the competition.

From its earliest days, Google has painstakingly labored to make search results pages load so fast that users would get an answer before their minds could start to wander and start to think about something else. According to KissMetrics, Google once ran an experiment to show 30 search results instead of 10. The extra 500 milliseconds it took to load the page led to a 20 percent drop in usage.

Google is so serious about speed that there have even been cases where they showed no ads on the SERPs because the ad auction took too long. Rather than delaying the page from loading, they simply served it with no ads. They knew that the short-term revenue loss of a few clicks would be more than made up in the long run when happy users came back to do many more searches.

But as hard as Google works on making their own site really fast, they lose a lot of control as soon as the user clicks on a result and leaves Google. Despite efforts like preloading pages with the Google toolbar (which no longer exists), building a faster browser in Google Chrome and incentivizing fast load times by making them part of the Quality Score (QS) algorithm, the mobile web is often still a painfully slow place to visit.

But Google has a plan to fix that…

In October 2015, Google developed Accelerated Mobile Pages (AMP) to make the mobile web faster for users. Their search results page began highlighting AMP pages in February 2016. They recently announced that there are now 1.7 billion AMP pages from 860,000 domains, with 35 million new pages being added every week.

If you read news stories on your mobile device from Google Search results, you’ve likely encountered AMP pages. They are marked with a lightning bolt icon (image) and they load really, really fast. AMP states that the first listing usually loads in less than one second.

AMP is an open-sourced standard (www.ampproject.org), so it can be used for free by anyone who wants to make their mobile pages faster. Its goal is to help developers create mobile web landing pages that load much faster than the average HTML page.

There are two core components that let AMP achieve greater speed and a better user experience:

AdWords doesn’t favor ads that lead to AMP landing pages, nor do they load them from the AMP cache. But advertisers can still get all the speed advantages from AMP’s cleaner code hygiene. AMP is a web standard, so advertisers can use it today to create faster landing pages which typically have a positive impact on bounce rates, conversion rates, time on site, and maybe even quality metrics (more on this below).

According to a 2017 study by Akamai, there are several benefits of faster landing pages:

Given Google’s involvement with AMP, their history of promoting a faster internet and clear benefits for advertisers who make faster pages, there’s no doubt in my mind that Google will extend support for AMP to AdWords. When they do, it will create additional value for advertisers using AMP. For that reason, advertisers would be wise to have a plan for deploying AMP on their sites in 2017.

While Google started the open source project, it’s already been adopted by some big names. eBay AMP’ed millions of pages, Pinterest is using it and WordPress has deployed it to tens of millions of the sites they host.

And those using it are seeing positive impacts on their business. For example, The Washington Post saw an 88 percent improvement in load times for AMP content vs. traditional content, and that has helped them increase seven-day return visits from mobile users by 23 percent.

NoBroker has seen a 10 percent increase in pages per session and an 18 percent reduction in bounce rate.

Faster loading pages create a better user experience, and that leads to increased usage. For a publisher who monetizes through subscriptions or ads on their pages, this means AMPing their site puts them in a great position to grow their revenues. For e-commerce sites, it likely also means more business.

Since implementing AMP, Wired Magazine reports that they’ve seen a 25 percent increase in CTR when they advertise to get more readers. While they don’t disclose it, we know that a better CTR produces a better Quality Score, and hence a lower cost per click for the same ad rank. If you want to understand that better, I wrote a pretty detailed overview of how Quality Score works shortly after I left Google here and more recently here.

Once people are reading Wired’s stories, they see a 63 percent increase in CTR of the ads they run to monetize their site.

That works out to better ROAS (return on ad spend) and more revenue, so it makes a really compelling argument for investing in AMP pages. It also means that since they have a better performing business, they can afford more competitive bids to move up higher in the auction to further boost their business.

All of this got me thinking, why don’t we hear about more advertisers using AMP? Is this one of the best-kept secrets of successful advertisers? So I asked Google…

I reached out to Google with some questions and received some details from Jon Diorio, a Group Product Manager on the AdWords team. Here’s what I learned.

Q: Can you share who’s using AMP and what results they’re seeing?

We cannot divulge advertiser details without permission. That said, we have permission from the following three advertisers to share their business names and some of their URLs (AMP vs. non-AMP). I also took the liberty of running some 3G speed tests via WebPageTest.org, to help illustrate the difference in speed that you get from loading AMP HTML vs. non-AMP HTML. Note, these results do not take into account the additional speed benefits that would be realized if these pages were served from the AMP cache (these are served from the advertisers’ web servers).

Q: Will Google serve advertisers’ landing pages from AMP cache when an AMP page is available?

Today, the organic search listings do. AdWords does not. That said, advertisers still stand to benefit from the fact that AMP HTML renders faster than all but the most highly optimized HTML. As you can see from the results above. When these pages are served from the AMP cache (e.g., if organic indexes them), then the load times would be approximately one second.

Q: Does AMP potentially interfere with measurement systems like Google Analytics because content is preloaded and it gets counted as a view even though no one came?

AMP will never trigger page views via preloading. AMP is component-based, and the AMP runtime knows exactly what each component does on an AMP page. Therefore, when preloading, AMP knows not to trigger any components (in this case, amp-analytics or amp-pixel) that trigger analytics on measurement systems like Google Analytics. Therefore, for example, a page view is only triggered when a real user loads the page on their browser.

As we also mention in our help center, decreasing your landing page loading time can improve your landing page experience. That said, remember that AdWords’ quality system is based on hundreds of different signals, so it’s difficult to predict how one single change in isolation will affect the scores.

Q: How much would that Landing Page QS impact overall QS?

As you know, QS is not used in the auction, but is a representation of your historical quality in previous auctions. Your “below average,” “average” or “above average” rating for landing page experience in the front end has a simple relationship with the 1–10 QS number in the front end, but this is different than our real-time estimates of quality at auction time. Landing page experience continues to play a very important role in the Ad Rank function, and the overall weight it carries in that score is dynamic and changes based on a number of factors.

Hopefully, I’ve laid out why AMP is worth using for your AdWords landing pages.

Here are a few good next steps to learn more or to get started:

There are a few caveats when using Experiments:

Today, AMP has been adopted on over 1.7 billion pages, and Google’s organic search listings both identify AMP pages and load them instantly. While AdWords does not provide the same level of support, advertisers can still benefit today from sending mobile traffic to AMP pages.

There are tremendous improvements in bounce rate, conversion rate and quality from having faster landing pages. Since AMP pages are still HTML pages, AdWords will treat them like any other page. All you need to do is enter them as your ad’s and/or keyword’s mobile landing page.

Assuming it’s just a matter of time until AdWords starts to support the AMP cache, advertisers who set up AMP now will be the first to benefit from the additional boost in speed when AdWords starts to support it. And should AdWords add a visual cue to ads with AMP landing pages (like organic does today), that could possibly produce a boost in CTR like we’ve seen so many times when they change how ads look.

Some opinions expressed in this article may be those of a guest author and not necessarily Search Engine Land. Staff authors are listed here.