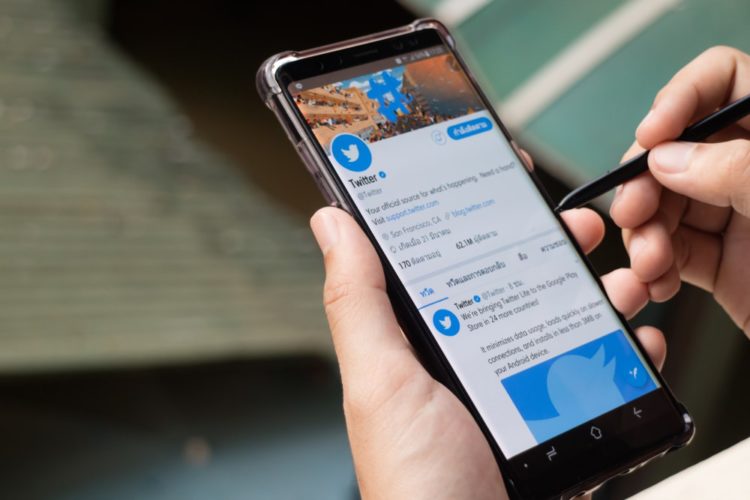 Digital Insight for Business Marketing
The Twitter Marketing Strategy You'll Need in 2020
Posted by Chris Muccio on Jan 17, 2020 4:51:34 PM
Tweet
The world we’re living in is quickly adapting to technology. Last year, Tesla rolled out the world’s first affordable smart car, the Model 3 and have delivered just under 200,000 cars of over 400,000 pre-orders.
In business, technology is shifting just as fast. Starbucks announced it planned to shut down all of its Teavana stores across the nation and shift to a more digital focus. Even the popular women’s brand ‘The Limited’ shut down its doors and went to an exclusive online store.
Why Is This Happening?
Let’s look at some stats to help understand the shift of the online world.
In the last six months, 83% of US consumer s made a purchase on Amazon .
Looking at these stats can be overwhelming, but it shouldn’t mean that you should continue to neglect the power of online marketing. Many businesses have been through the similar process, and the first place they look to start enhancing is social media.
What Is Social Media Marketing?
We’ve all heard of Facebook, Instagram, Pinterest, LinkedIn, and Twitter. These channels are able to connect individuals with each other, and brands to their targeted consumer. Although we can write a whole encyclopedia on social media, let’s shift our focus to Twitter.
How Can My Business Benefit From a Twitter Marketing Strategy?
Using this platform for your business has multiple benefits. You can:
generate awareness to your business and brand
drive traffic to your site
ability to go viral
maintain and improve your online reputation
Although you won’t become a Twitter superstar overnight, you should be able to see success in increments. Just take a look at where we started.
Before
----------------------------------
After
The tips and tricks we're about to give you took us years to learn and master. In fact, it's the exact steps we took to reach where we are now.
ICYMI: How To Use Social Media Competitive Intelligence To Outperform Your Competitors
Tweeting
Tweeting by definition is the post that is published on your account and presented to all your followers. You’re given 280 characters to portray your message; so it’s essential to get to the point within these limits.
Tweet
There are many types of tweets; in the basic form, this is what a Twitter message will look like.
Reply
Twitter users can reply to your message. This can be used by brands to provide customer support online or simply want to have a conversation with an excited fan.
Retweet
This form of engagement will share your message with the followers of an account that has retweeted it. For an example, Profile A has 10,000 followers and retweets a message by Profile B who has 5,000 followers; the message will be shared to a total 15,000 followers (Profile A and B combined).
Like
The simplest form of engagement; a like is an easy way to acknowledge a tweet and get into the notification inbox of a user.
Hashtag
These are short keywords that are preceded by the '#' sign. They're hyperlinked to every tweet that has the same hashtag in the message. Hashtags can often become very popular. For an example,  #GameOfThrones becomes trending  each time a new episode comes on.
Mention
This tactic is exactly what it sounds like, you can get another user's attention by mentioning them in your post. It's a great  first step into influencer marketing !
Fundamentally, this is how you should structure a tweet. However, there are a ton of ways to tweet a message. For ideas, check out this post by Aaron Lee on Social Media Examiner .