Can Machines And Artificial Intelligence Be Creative? 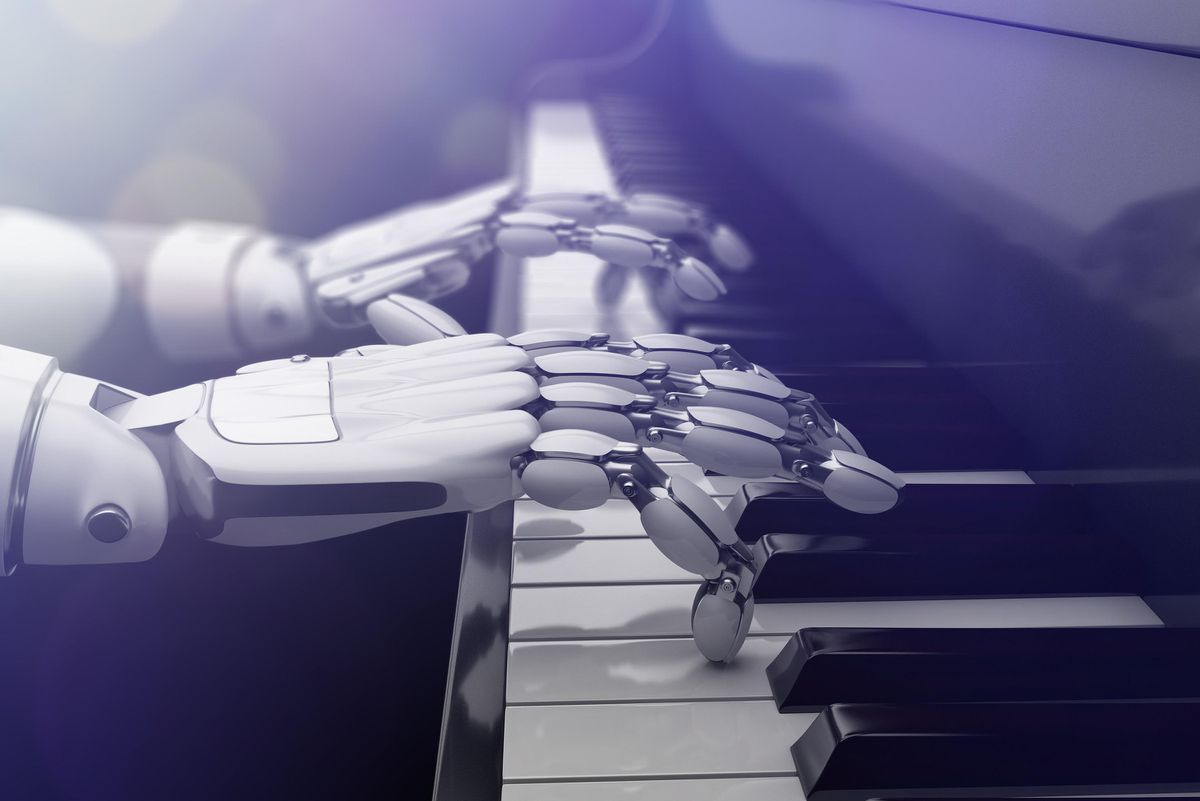 We know machines and artificial intelligence (AI) can be many things, but can they ever really be creative? When I interviewed Professor Marcus du Sautoy, the author ofThe Creativity Code, he shared that the role of AI is a “kind of catalyst to push our human creativity.” It’s the machine and human collaboration that produces exciting results—novel approaches and combinations that likely wouldn’t develop if either were working alone.

Instead of thinking about AI as replacing human creativity, it's beneficial to examine ways that AI can be used as a tool to augment human creativity. Here are several examples of how AI boosts the creativity of humans in art, music, dance, design, recipe building, and publishing.

In the world of visual art, AI is making an impact in many ways. It can alter existing art such as the case when it made theMona Lisa a living portrait a la Harry Potter, createlikenesses that appear to be real humans that can be found on the website ThisPersonDoesNotExist.com and evencreate original works of art.

WhenChristie’s auctioned off a piece of AI artwork titled the Portrait of Edmond de Belamy for $432,500, it became the first auction house to do so. The AI algorithm, a generative adversarial network (GAN) developed by a Paris-based collective, that created the art, was fed a data set of 15,000 portraits covering six centuries to inform its creativity.

Another development that blurs the boundaries of what it means to be an artist is Ai-Da, the world’s firstrobot artist, who recently held her first solo exhibition. She is equipped with facial recognition technology and a robotic arm system that’s powered by artificial intelligence.

More eccentric art is also a capability of artificial intelligence. Algorithms can read recipes andcreate images of what the final dish will look like.Dreamscope by Google uses traditional images of people, places and things and runs them through a series of filters. The output is truly original, albeit sometimes the stuff of nightmares.

If AI can enhance creativity in visual art, can it do the same for musicians? David Cope has spent the last 30 years working onExperiments in Musical Intelligence or EMI. Cope is a traditional musician and composer but turned to computers to help get past composer’s block back in 1982. Since that time, his algorithms have produced numerous original compositions in a variety of genres as well as created Emily Howell, an AI that can compose music based on her own style rather than just replicate the styles of yesterday’s composers.

In many cases,AI is a new collaborator for today’s popular musicians. Sony's Flow Machine and IBM's Watson are just two of the tools music producers, YouTubers, and other artists are relying on to churn out today's hits.Alex Da Kid, a Grammy-nominated producer, used IBM’s Watson to inform his creative process. The AI analyzed the "emotional temperature" of the time by scraping conversations, newspapers, and headlines over a five-year period. Then Alex used the analytics to determine the theme for his next single.

Another tool that embraces human and machine collaboration,AIVA bills itself as a “creative assistant for creative people” and uses AI and deep learning algorithms to help compose music.

In addition to composing music,artificial intelligence is transforming the music industry in a variety of ways from distribution to audio mastering and even creatingvirtual pop stars. An auxuman singer calledYona, developed by Iranian electronica composer Ash Koosha, creates and performs music such as the songOblivious through AI algorithms.

A powerful way dance choreographers have been able to break out of their regular patterns is to useartificial intelligence as a collaborator.Wayne McGregor, the award-winning British choreographer and director, is known for using technology in his work and is particularly fascinated by how AI could enhance what is done with the choreography in a project with Google Arts & Culture Lab. Hundreds of hours of video footage of dancers representing individual styles were fed into the algorithm. The AI then went to work and "learned how to dance.” The goal is not to replace the choreographer but to efficiently iterate and develop different choreography options.

Another creative endeavor AI is proving to be adept at is commercial design. In a collaboration between French designer Philippe Starck, Kartell, and Autodesk, a 3D software company, thefirst “chair designed using artificial intelligence” and put into production was presented at Milan Design Week.The Chair Project is another collaboration that explores co-creativity between people and machines.

The creativity of AI is also transforming the kitchen not only byaltering longstanding recipes but also creating entirely new food combinations in collaborations with some of the biggest names in the food industry. Our favorite libations might also get an AI makeover. You can now pre-orderAI-developed whiskey.Brewmasters’ decisions are also being informed by artificial intelligence. MIT’s Computer Science and Artificial Intelligence Laboratory (CSAIL) is making use of all those photos of the food that we post on social media. By using computer vision, thesefood photos are being analyzed to better understand people’s eating habits as well as to suggest recipes with the food that is pictured.

Even though the amount of written material to inform artificial intelligence algorithms is voluminous, writing has been a challenging skill for AI to acquire. Although AI has been mostsuccessful in generating short-form formulaic content such as journalism "who, what, where, and when stories," its skills continue to grow.AI has now written a novel, and although neural networks created what many might find a weird read, it was still able to do it. And, with the announcement a Japanese AI program’sshort-form novel almost won a national literary prize, it’s easy to see how it won’t be long before AI can compete with humans to write compelling pieces of content. Kopan Page publishedSuperhuman Innovation, a book not only about artificial intelligence but wasco-written by AI.PoemPortraits is another example of AI and human collaboration where you can provide the algorithm with a single word that it will use to generate a short poem.

As the world of AI and human creativity continue to expand, it’s time to stop worrying about if AI can be creative, but how the human and machine world can intersect for creative collaborations that have never been dreamt of before.

You can watch the full interview with Marcus du Sautoy here: