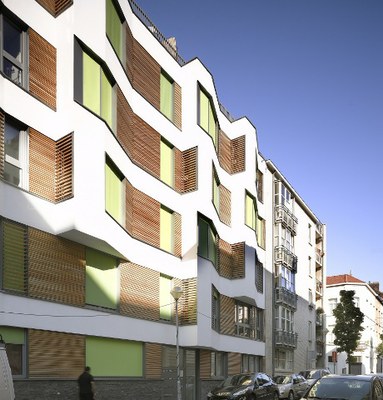 As of 2015, Brussels, Belgium became the first region in the world to require the passive house standard for all new construction. By offering incentives to build 243 very low-energy projects, the BatEx or “Exemplary Buildings” program catalyzed the market and showed the standard could be achieved with minimal cost premiums. This resulted in a rapid increase in passive house buildings, thousands of new jobs, and sharp decline in carbon emissions.

Concerned over high consumption of energy and its impact on indoor air quality, the Brussels regional government first adopted energy efficiency standards in 2002, jump-starting policy discussions about climate change, energy and buildings. Capital of both Belgium and the European Union, the Brussels region went from having the worst building energy performance in Europe to being a world leader in just 10 years, primarily thanks to the Exemplary Buildings program, or BatEx from 2007 - 2013.  This program was a high-profile experiment that proved the financial viability of very-low energy buildings by subsidizing and studying hundreds Passive House building projects.  Leading by example and providing robust technical support and workforce development to the building sector, they won over the concerns of industry and sparked the development of a domestic manufacturing industry creating hundreds of new jobs in the process.  As of 2015 the passive standard is required for all new construction in Brussels.

Between 2007 and 2013, six calls for proposals brought forth 243 winning projects, representing more than 621,000 m2 (6.7 million square feet) of new passive house buildings including hundreds of homes, offices, schools and other buildings. Through 2014, the BatEx program distributed 45 million euro in subsidies to exemplary projects both new and retrofit, providing an effective market catalyst: Beyond the subsidized projects, Brussels now has an estimated 3000 passive buildings.

In 2010, Brussels' largest source of greenhouse gas (GHG) emissions were the heating of buildings (residential and tertiary sector) making up69% of direct emissions.Since 2004, when the BEP regulation was enacted, greenhouse gas emissions have shown a downward trend that parallels the reduction in energy consumption

European Parliament Directive 2002/91/EC called for member nations to regulate energy performance of buildings.  To translate this into Belgian law, the Brussels regional authorities adopted a series of policies from 2004-2007 designed to lead by example. In 2007 they created an Energy Performance of Buildings (PEB) Regulation which created the legal framework for regulating building energy; made code changes to integrate compliance paths for green building innovations (such as green roofs); offered financial incentives; and began inter-agency cooperation to create a culture of energy-saving. Their economic development agency began providing free technical support, training and resources to the building sector to encourage early adoption.

Most importantly, they began large-scale experiments - first with new public buildings which effectively showed that building to passive house standard can be achieved without significant cost premiums.  Then in 2007 they established the BatEx “Exemplary Buildings” program, offering financial incentives to encourage ultra-energy-efficient construction, awarding €5 million euro/year ($5.7m) in subsidies to very low-energy building projects, plus another €29 million euro/year ($33m) to provide industry support, resources and private sector cooperation.  By 2012 the program had grown to €18 million / year in project awards.

At first, the building sector resisted the idea of adopting a passive standard in 2015, concerned about certain aspects such as meeting airtightness tests. So instead of beginning with a top-down mandate, authorities adopted a strategy to encourage and support industry stakeholders to solve key challenges themselves. This includes:

According to a report by IEE PassReg:

“Despite a rocky start and a few obstacles in-between, the new “passive” legislation was eventually well received by the key stakeholders in the Brussels-Capital region.”

To be eligible for BatEx funds, projects must be located within the Brussels-Capital region, and comprise new buildings, retrofit, or a combination of the two. Furthermore, the buildings must be for: housing, teaching, offices, health facilities, hotels, seminar and cultural facilities, sports facilities, exhibition halls, or covered swimming pools.  While the program is based the passive house standard, it has been adapted to situational constraints, such as to accommodate older buildings with insufficient solar gains or sprawling designs making the standard very difficult to achieve. Standards are expected to continue evolving to allow for different definitions of energy efficiency based on urban and rural settings, and building type.

To be approved for BatEx awards, a proposal must adhere to four specific criteria:

All new construction and renovation must strive to be a zero-emission building and be informed by passive standard guidelines; It must prioritize the use of eco-friendly construction materials, and to consider natural cycles and biodiversity; it must demonstrate a high architectural quality, good visibility, compatibility with surrounding building stock; and it must be simple and feasible in technical and financial terms, with reasonable payback timelines, rather than a “high-tech” approach.

To comply with the 2011 “passive house law” all new buildings must meet the following standards:

According to IEE PassReg:In 2007, the Passive Buildings idea started to take shape in Brussels, but not on such a high technical level as in Germany, which was good, because had Brussels applied the German model literally, it would not have worked. That is how BatEx emerged.

Such a policy shift towards energy-efficiency is noteworthy, especially in light of Belgium’s very limited potential for renewable energy use. Belgium lacks large hydro resources and lands for biomass plantations, and its coastline is small (which constrains wind resources).

According to IEE PassReg: Private energy providers return 0.04 per cent of their annual revenue (1.5 billion euros per year) to the Brussels–Capital Region government. This annual refund, totalling 60 million euros, is used to provide the subsidies and incentives to run the BatEx program and supporting initiatives.

According IEE PassReg: In 2012, BatEx accounted for more than 16 per cent of construction annually, generating 319 million euros in business and creating an additional 1250 jobs.

Without such high level political commitment from both EU and Regional Authorites, the opportunity to embrace the passive standard and and create a virtuous circle benefiting the whole nation, may have never happened.  According to Karen Tam Wu, author of the Report “From Brussels to British Columbia” (2016, Pembina Institute):

The Brussels experience demonstrates that with firm government commitment, financing for subsidies and training/support for industry professionals, it is possible to go from being a laggard on energy efficient buildings to a world leader. The Brussels–Capital Region government is now building and renovating to ultra-high energy efficiency standards at affordable costs, driving down greenhouse gas emissions by 18 per cent per capita, and stimulating innovation and creating jobs at a regional scale.”

In part, the success story of Brussels can also be attributed to the EU’s PassREg Program methodology of best practice sharing, whose goal is the scaling up of passive house construction throughout Europe. Brussels became a frontrunner region by creatively adapting this to local conditions, and by following five key PassREg strategies:

The result is that each year the quality of BatEx projects improved, while Authorities responded by making their goals progressively more ambitious. Between 2007 and 2009 they went from 21% to 63% of winners achieving the full passive standard.